One of the odd thing on Android phones is that the families of smartphones are redesigned almost completely every year, giving the feeling that on a stylistic level the manufacturers do not have a clear vision, but are betting on the fashion of the moment.
This happens despite the fact that Apple has long shown that iterative Design works: 3-year cycles with a first “aesthetic revolution” followed by 2–3 years of technical evolution, to refine the product.

Even Sony in recent years has ended up launching quite different smartphone lines, including XA1, X, XA2, and the 10 of the first generation.
The technical characteristics sometimes advanced on one side, to move backwards on the other - see the Xperia X Triluminous display, lost on XA2, or the battery of Xperia 10, smaller than the XA2.
Last year Sony launched a line of panoramic smartphones in 21:9 format, the Xperia 1, 10, 10 plus and later the 5.
We did not notice it but it was the beginning of an iterative phase.

This year Sony has presented almost unchanged phones, named according to the method in use in the Optical-Photo industry, where “mark II” means a model that exactly replaces and improves the previous one.
Here then explained the choice of naming Xperia 1 II and Xperia 10 II (to read “mark 2”).
Without having to invest weeks in redesign the exterior, Sony this year seems to have focused on the technical improvement of the phones, feature by feature.
This is perhaps most evident in the Xperia 10 II midrange.

Although at first glance the phone looks like the Sony’s usual midrange slightly expensive at launch, in reality the Xperia 10 II for the first time unequivocally improves compared to the Xperia 10.
A series of ingenuities and conservative choices present in the Xperia 10 “2019” are corrected one by one, precisely through an excellent iterative design. Finally.

I remember that the Japanese are masters in perfecting, in filing details, less in creating “suddenly” new designs, new products, or new markets.

Here is a list of the Xperia 10 II’s improvement points, some of which are also quite neat:

Finally, a mid-range Sony smartphone gets waterproof and dustproof!
Xperia 10 II can resist under water (up to 1.5m deep) for 30 minutes, and at the same time it’s’ resistant to the infiltration of dust and sand.
Sony users have been complaining about the disappearance of this quality for years, actually present on some old models…

Although the exact same size and resolution as the Xperia 10, the screen is OLED! As a result, the blacks will be very deep, the colours more vivid and the contrast, greater.
In fact, based on the tests now the Contrast-ratio is: Infinite (nominal)
The previous model had an IPS, albeit excellent.

The glass goes from Corning Gorilla Glass 5 to 6, but this is one of those changes that don’t excite…

Xperia 10 II inherits the same camera system as the Xperia 1 II flagship.
They are not exactly the same sensors 🙂 but the midrange user will benefit from the same rational organisation of the optics, like an entry level Reflex.

There are a 16mm Super Wide Angle, a 26mm Wide Angle and a 52mm Telephoto Lens.
In details:

A final word is that the quality remains fairly consistent by moving between the 3 cameras: several competing Android phones end up with almost unusable 2MP sensors, or inconsistent quality between cameras.

The battery also gets a boost: 3,600 mAh compared to the Xperia 10–1, only 2870 mAh.
Sony tends to sacrifice the size of the batteries, and some of competitors are now around 4,000 mAh, but we can say that’s enough…

This is the only controversial point of the updates: in fact if the phone falls on its back, the glass will crack and - just like an iPhone - we will have to cover it with or send it to repair…
The good thing is that the glass back gives the phone that “flagship feeling” and a greater resemblance to the big brother, Xperia 1 II.

The feeling is that the Sony have prepared the field for a 2021 model or perhaps for a model coming later in 2020, equipped with wireless charging… (Naming will be Xperia 10 II Plus?)

I believe that this model, on which the article focuses, is the №1 candidate to become the next Sony device with the official Sailfish OS.
Fortunately, most of the features above mentioned will remain if you switch to Sailfish OS  (perhaps super-wide cameras and tele will be lost )  because these are basic hardware features.

There is always hope for an official Sailfish OS version of Xperia 1 (One mark one), as that phone became part of the Open Devices program in late 2019, but if I had to bet, I’d bet on this second edition of the Xperia 10 as next Sailfish OS supported phone.

Also, now the Xperia 10 II is part of the Sony Open Devices program. Its binaries can be downloaded from the official page.
This was the necessary step to run alternative OS on this Xperia 10 mk2.

One of the odd thing on Android phones is that the families of smartphones are redesigned almost completely every year, giving the feeling that on a stylistic level the manufacturers do not have a clear vision, but are betting on…

We’re in mid-June and the time is ripe for a new bulletin! Usually May and especially June are “hot” months for Sailfish OS, before the quiet summer. Furthermore, the Covid-19 epidemic seems to be ended and Europe is getting ready… 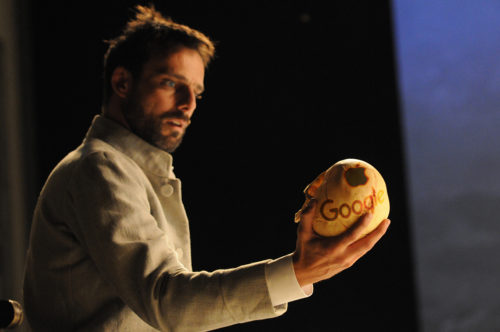 Phase 2 bulletin and the Hamletic doubt: to tracing or not to tracing?

Here is the time for another bulletin. I called it “phase 2” because Europe is now talking about the next phase after the covid-19 outbreak last month. Now tracking contacts is the issue! Also, Jolla dropped a new update this…

As you may have heard lately, coronavirus is raging around, now officially classified as a pandemic. This issue of the J-D bulletin cannot ignore this problem, and will also deal with this in the first part. Sources on Covid-19 There…