The Sony Xperia X was the first SONY device with Sailfish OS X. It has a spectacular 5″ display with retina-like resolution that will take your Sailfish experience to the next level.

It’s the new name of the  Jolla’s OS, after the pivot towards a business based on the creation of software only. The UI and the apps are the same as in the Jolla Phone and Jolla C.
The entire interface has been adapted to the high-resolution display of the Xperia: the tests are more clear and legible; the only graphic detail to change is the background texture (small black triangles), now less evident.
The Sailfish X license costs € 49 and includes Android support, Microsoft Exchange support and predictive text.
The installation method indicated by Jolla in this first phase seems to want to restrict the public to programmers: in fact it provides several steps and the use of the terminal.

The Xperia mounts the 64-bit Hexacore Snapdragon ™ 650 processor, along with 3GB of RAM, with Sailfish the battery lasts up to 3 days, compared to 2 of the Android version.
The storage space is 32GB, although currently sailfish seems to limit it to 16GB; you can add micro SDHC up to 32GB, to make backups with the practical function under “settings / backup”.
The front camera is a good 23 MP and 24mm Wide Angle G Lens f2.0, the front one 13 MP. Still, the Sailfish photo application does a good job, even if the Sony camera software is of better quality.
The phone is left to grip well: it weighs 152g, while the dimensions are 143 x 69 x 7.7mm: thin enough, but solid thanks to the aluminum body.

The Xperia X, is out by more than one year. With the 2.2 Nurmonjoki update it has gained support for the fingerprint sensor and other refinement. It has a more solid support than the XA2 family, at the moment, but there is a controversy among the fans about the missing Android support update.

At the timing of the SF 3 release, one post ventilated a possible Alien Dalvik update also for Xperia X. But now in 2019 it’s clear that Jolla has no time/resources/budget for update also the Xperia X: in pratice, Jolla will go ahead and focus on the refinement of Android 8.1 layer for XA2 family.

The aspect that annoys Xperia X users (who paid a € 49 license) is the missing updates for Alien Dalvik 4.4: the Android layer was a part of the license, which included also Exchange, Predictive and Zendesk support. After one year, the X does not receive updates related to Android; but it is an external component.
Instead, the Sailfish software updates, which will continue for years, ‘lifetime’.

It’s a quirky question.
Jolla is right, because he is responsible for Sailfish OS, but the users who spent a license in 2018, now see the XA2 family come out with a more future-proof support. The only way to break the deadlock for the user would be to buy a beta license (now discounted to € 24.90) and a new device, selling the old.
But selling an used Xperia with an unlocked bootloader is not that easy…

Below is a video by Leszek Lesner that delves into the Xperia X issue. The video is also from March 2019, and post-MWC 2019.

So, despite the title, the Xperia X is not abandoned.
It feel somewhat minority now, but it is always a solid device ideal for a ‘pure’ use of Sailfish OS.
Another plus is that it will receive all the software updates, and and it does not suffer from the slight battery drain that afflicts the XA2 at the moment. 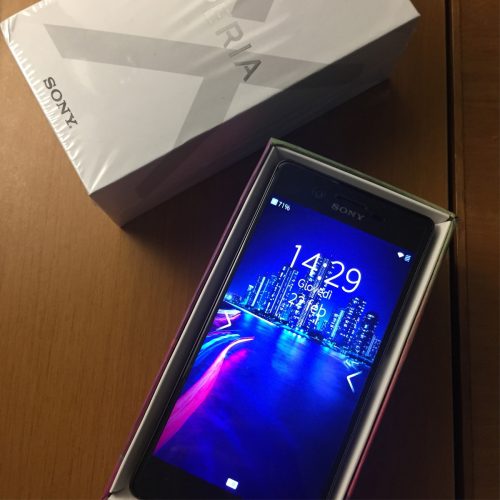